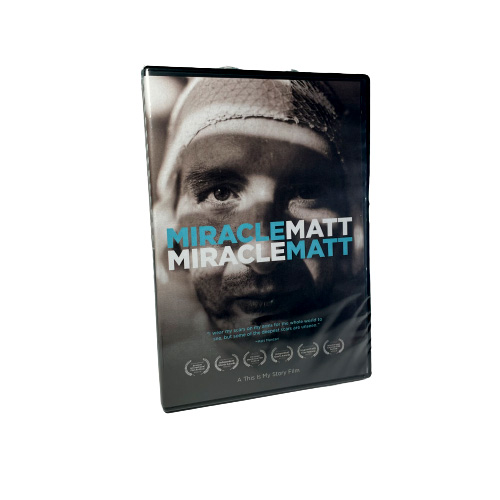 The first thing to know about Matt Manzari is that he should be dead. A self-described adrenaline junkie and world-class professional athlete, Matt would survive not one but two accidents, each of which left him at death’s doorstep. But for Matt, miracles seem to be a way of life.

Matt Manzari is a self-described adrenaline junkie. From a young age, he relished his
family’s adventurous life-style. So, it’s not surprising that in his 20’s Matt would become
a world-class professional athlete in the dangerous sport of wake skating. Even a tragic,
nearly fatal accident that required months of recovery could not keep Matt away from the
water. But that was just the beginning of his story.

Married at a young age, Matt’s wife Bobbye Jean was expecting their first child around the time his life came screaming to a stop again, only this time a miracle seemed impossible.

A second accident, this time involving 15,000 volts of electricity, the equivalent of six
electric chairs, left Matt burnt beyond recognition and lying at death’s doorstep. Just months into the pregnancy, Bobbye prepared to say goodbye along with close friends and family. But for Matt, miracles seem to be a way of life.

In this inspiring documentary, Matt tells his almost unbelievable story of survival and
relates how God’s power was perfected in his weakness.

* FOR A SPECIAL LIVE EVENT LICENSE TO SHOW MIRACLE MATT YOU WILL NEED TO PURCHASE SEPARATELY.